Tokyo Rose: The Strange Tale of the Husky-Voiced Girl Who Sweet Talked US GIs in War in the Pacific 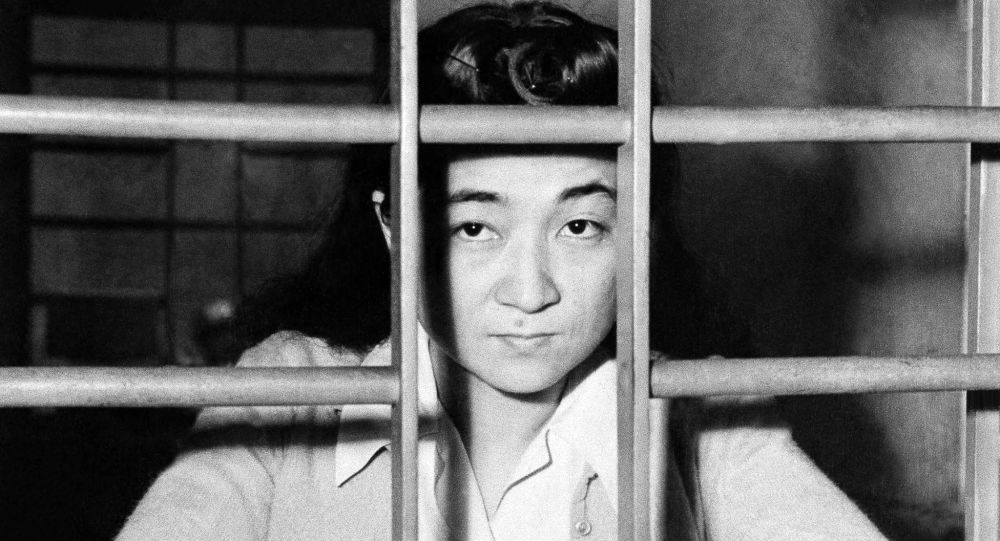 Emperor Hirohito announced the surrender of Japan to the United States on 15 August 1945 as Soviet armies invaded his puppet state in Manchuria. After the Second World War ended, the US hunted down a broadcaster who had betrayed her country.

Between 1941 and 1945 a succession of honey-voiced women broadcast in English on Radio Tokyo, serenading the American soldiers who were pushing the Imperial Japanese Army back across the Pacific.

Radio Tokyo would pump out propaganda and misinformation on behalf of the Japanese Empire, including exaggerated claims about US casualties and erroneous claims about the sinking of American aircraft carriers, submarines and battleships.

The Americans dubbed all the female broadcasters “Tokyo Rose” but when the war ended in August 1945 only one woman was arrested and punished for her role on the radio.

Iva Toguri D’Aquino, 29, had been a presenter a programme called the Zero Hour and referred to herself as Orphan Annie, but it was the Tokyo Rose nickname which stuck.

But how had this Los Angeles-born zoology graduate ended up being accused of pumping out propaganda for a country which committed horrific war crimes across Asia?

As Toguri later explained, it was all due to a sick aunt.

She claimed she was nominated by her family to travel back to Japan from California in July 1941 to take care of the ailing relative.

@KellyannePolls reminds me of Tokyo Rose, who broadcast phony radio reports during WW2 to frighten allied troops. There are pictures on the Internet of Tokyo Rose behind bars after the war. Even Kellyanne’s own husband and daughter are speaking out against Trump. What a traitor!! pic.twitter.com/U0eXnoMFvM

​Five months later Japan bombed Pearl Harbour and suddenly the land of her parents was at war with the country she had been born and brought up in.

Unable to get back to the United States and facing destitution in Tokyo she got a job as a typist with a Japanese news agency and then moved to a similar role at Radio Tokyo.

In 1943 she was picked to go on-air by Charles Cousens, an Australian prisoner-of-war who had been coerced into working on Radio Tokyo’s English-language programmes.

Toguri mostly introduced music and performed in comedy sketches and later denied she had ever broadcast propaganda or read out fake news about the war.

In April 1945 she married Felipe Aquino, who was of mixed Japanese and Portuguese heritage, but when Japan surrendered on 15 August Toguri was unemployed, desperately short of money and food and still hoping to pay for a ticket to get home to California.

For the record, the most famous of several different broadcasters called “Tokyo Rose,” Iva Toguri, was the victim of a racist frame-job and convicted of treason due to witness perjury. She’d make a great @yourewrongabout.https://t.co/qqGa7zuZWG

​Two American reporters, Harry Brundidge, of Cosmopolitan magazine, and Clark Lee, offered her US$2,000 – the equivalent of a year’s wages in Japan – for an interview and persuaded to sign a contract in which she admitted to being Tokyo Rose.

Brundidge was later described by Masayo Duus, the author of a book about the case, as a “has-been, flamboyant leftover from the freewheeling journalism of the Prohibition era.”

On the FBI’s website it says: “As a result of her interview with the two reporters, Aquino came to be seen by the public…as the mythical protagonist Tokyo Rose.”

Brundidge and Lee reneged on the payment while pressure from the media back home and, especially syndicated newspaper columnist Walter Winchell, forced the occupying US Army’s Counter Intelligence Corps to detain Toguri in Tokyo.

She was interrogated her about her wartime role by the FBI, which also interviewed hundreds of former GIs who had served in the South Pacific and examined Japanese documents before deciding in 1946 that she should not be prosecuted.

Angered by the decision, and keen to keep up the pretence that Toguri was a dangerous traitor, Brundidge returned to Japan and searched for witnesses whose testimony would condemn her.

The FBI, in an article on the case, says: “Problematically, Brundidge enticed a former contact of his to perjure himself in the matter.”

Nevertheless a grand jury in San Francisco indicted Toguri on charges of treason, she went on trial in 1948 and was jailed.

In 1956 – with the Second World War a fading memory and the Cold War in full throttle – Toguri was quietly freed and moved to Chicago, where her father was running a Japanese gifts shop.

Twenty years later Toguri – whose husband was never allowed to join her in the United States – was tracked down by CBS television reporter Morley Safer for the 60 Minutes programme.

Asked who she had wanted to win the war, Toguri said: “There was no question about that, I wanted the United States to win. I mean what did I know about Japan? The only country I knew was the United States. I had only been in Japan a few months.”

In January 1977, shortly before he left office, Gerald Ford gave Toguri a presidential pardon after a campaign launched by the son of her trial lawyer.

She died, aged 90, in September 2006, a few months after being given an award by a US war veterans’ group for “her indomitable spirit, love of country, and the example of courage she has given her fellow Americans.”

As for her former boss at Radio Tokyo, Charles Cousens, he was interrogated and charged with treason on his arrival back in Australia in 1946.

The charges were later dropped and his fellow former POWs elected him to lead them on their Anzac Day march.

Cousens died in 1964, with his reputation only partially rehabilitated.

Big Tech stocks surge ahead of earnings tsunami By Reuters

India-Israel relations on new high; yet to reach true potential